The Line Between Truth vs. Influence & Future of Gamecargo

I’m always caught between sharing my experiences in articles that I author, an autobiographical at a later point down the line–or implementing them in stories and characters that I write. The problem with the first two is that not everything that I’ve done or seen needs to be shared publicly. Concerning the latter, I do think my work benefits from having a sense of personal direction, as I can base it on events that have transpired in my life and others whom I’ve had the pleasure to know.

Though I look at the influence, like many, as a starting point. Eventually the individuals that I create grow into their own personalities, which are shaped by their respective arcs. I’ve gone from a character that was made to mirror myself, evolving to someone I would never want to become and detested.

Right now, I’m glad to be working on a project where I can exercise a bit of creative freedom and distance myself from any other precedents that I’ve set in my world’s timeline. ‘B.H.I.’ will probably be the best example I can give on how I plan on going about creating standalone tales that exist in the same universe, without relying on connections or crossovers.

To a certain extent, Takashi Mikii’s range from Family Friendly to Violent and abstract content inspired me to build a realm that could co-exist many genres. Like having a princess from an animated kids movie shown to be one of the escapees in the background of a live-action Hostel/Saw-esque film. The bizarre connection would be confirmed, instead of a “nod”. The extreme magnitude of this allowance might even make ‘Rule 35’ obsolete , if more so lenient companies decided to go this route.

I can see confusion and uproar coming into play, but honestly, like many risque jokes in older shows and movies targeted towards children, they would most likely go over their heads– unless brought to their attention by overprotected parents and the lack of parental blocks.

It’s definitely something I would like to pursue, as the challenge of switching between tones is interesting, and I may find ease with writing a fairy tale. Though the restriction of violent means to problem solving may prove to be a difficult obstacle. 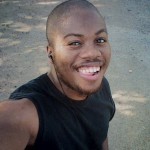 We use cookies to enhance your experience on our website. By continuing to visit this site you agree to our use of cookies.
SETTINGSACCEPT
Manage consent

This website uses cookies to improve your experience while you navigate through the website. Out of these, the cookies that are categorized as necessary are stored on your browser as they are essential for the working of basic functionalities of the website. We also use third-party cookies that help us analyze and understand how you use this website. These cookies will be stored in your browser only with your consent. You also have the option to opt-out of these cookies. But opting out of some of these cookies may affect your browsing experience.
Necessary Always Enabled

Performance cookies are used to understand and analyze the key performance indexes of the website which helps in delivering a better user experience for the visitors.

Analytical cookies are used to understand how visitors interact with the website. These cookies help provide information on metrics the number of visitors, bounce rate, traffic source, etc.

Advertisement cookies are used to provide visitors with relevant ads and marketing campaigns. These cookies track visitors across websites and collect information to provide customized ads.

Other uncategorized cookies are those that are being analyzed and have not been classified into a category as yet.

SAVE & ACCEPT
Up Next

Linwood Storm on the Degradation of Hip-Hop & Rap